how to take control of your life by forming positive habits: part two 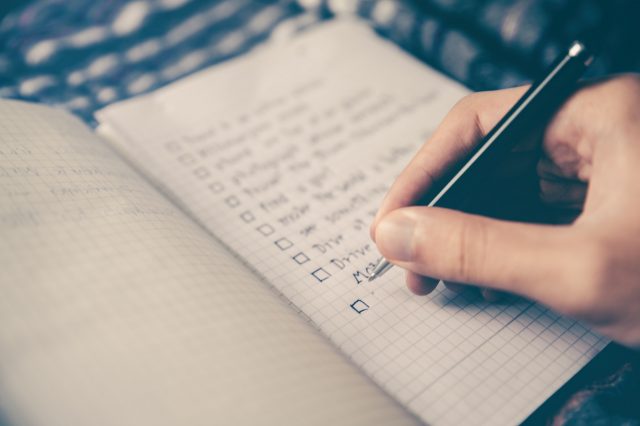 in my last post, i covered how habits form and what makes them important for cultivating meaningful change in life. i argued that by building the appropriate structures of support, you can change almost any part of your behavior. now i will cover how you can actually build those systems, and when you can expect to see results.

while many people attempt to form positive habits through the force of sheer willpower (the so-called white-knuckling approach), this doesn’t always produce reliable results. in fact, it appears to produce results only in people who are already highly disciplined. but where does this discipline come from? how can someone actually attain it? how long does it take?

habits only change in stable environments

in my post on delayed gratification, i mentioned that in 1972, Stanford University psychologist Walter Mischel conducted an experiment testing children on their capability for self-control. the marshmallow test was simple. Mischel and his team sat each child down in a blank room in front of a single marshmallow on a plate for 15 minutes and told the child they would be given a second marshmallow if the first remained uneaten.

unsurprisingly, some children ate the marshmallow as soon as the researchers left the room. but some of them successfully waited for the second one. the researchers kept tabs on these children throughout the years and found that the ones who could successfully delay gratification in the marshmallow test had better higher SAT scores, fewer problems with substance abuse, and happier families.

this is great news for the strong-willed, but what if you feel more like one of the marshmallow eaters? it turns out that the results of this famous test are hard to replicate. in fact, later tests found that the childrens’ social and economic circumstances mattered more than their inherent will. The children, it turns out, were more influenced by whether they really expected the second marshmallow to arrive.

reliability is key to the formation of positive habits. children from wealthy households live in far more stable conditions than most people. positive habits, it seems, form best in stable environments.

how long does it take to develop a new habit?

most self-help gurus will tell you that it takes around 21 days for a new habit to transform from a conscious decision to an automatic action. unfortunately, that just isn’t true.

the “21-day rule” comes from plastic surgeon Maxwell Martz, who noticed his patients took at least 21 days to get used to their new faces. a more comprehensive 2009 study on the subject with 96 test subjects found that the average time was closer to 66 days.

unfortunately, that figure is not likely to help much either, because the average is not the rule. some of the subjects in the 2009 study developed new habits in 18 days, others in 254 days. it turns out there is no magic number for developing positive habits or breaking bad ones. every individual brings a unique mix of personality, motivation, and circumstances into the equation. the nature of the habit itself plays a major role, as well.

let’s consider a common example: you want to quit smoking. physical nicotine withdrawals may end after less than a month—but that doesn’t mean you’re automatically in the clear. as soon as someone lights up a cigarette next to you, your neurons start firing in the exact same pattern they were before quitting.

as any ex-smoker will tell you, these cravings can occur weeks, months, or years after successfully quitting. this is one of the reasons why willpower isn’t enough to form positive habits on its own. actually developing a new habit (or breaking an old one) requires a conscious commitment.

so how long does it really take?

when it comes to breaking bad habits, the general rule is that the longer you’ve indulged a bad habit, the harder it is to break. this makes sense on a neurological level, as your brain strengthens the neuronal sequence responsible for a habit every time you do it.

so no matter what the self-help gurus tell you, you’re not going to feel like you broke a 15-year smoking habit in 21 days. Dr. Timothy Pychyl offers a more reasonable six-month minimum, qualified by the usual variables: your motivation, your environment, and your thinking process.

on the other hand, the fact that the human brain responds so flexibly to things like motivational and environmental factors means that you can hack the process somewhat.

just like social and economic factors helped children pass the marshmallow test, you can harness the power of your environment to help you pass your own “habit tests” again and again. it means taking a holistic approach to establishing positive habits and breaking bad ones.

if you manage to implement all of these steps in your habit-forming (or habit-breaking) program, you will have a much easier time accomplishing it. it may still take time for your brain to respond automatically with the habit you are trying to develop, but as long as you place yourself in the center of a system that supports and encourages that behavior, you will consistently succeed.