excitement: your mind’s best tool to combat stress and anxiety 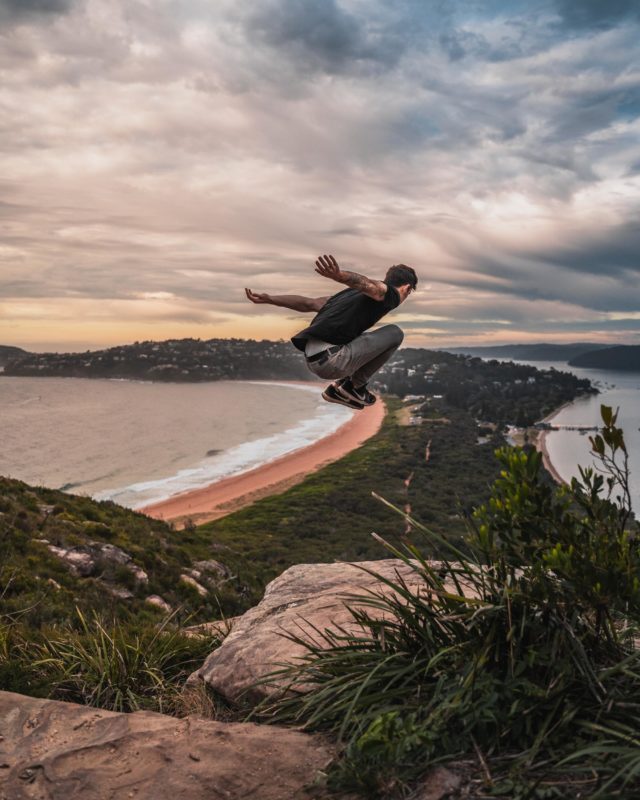 some people will do anything for a dose of excitement.

ask a skydiver why she’s jumping out of an airplane, and you’re not likely to get a purely rational explanation. high-profile Wall Street financiers know they make more money than they can spend, but that’s not what keeps them going.

any professional baseball player may tell you that the endless training and flights all over the country to play 162 games of baseball per season is one of the most enjoyable things of their lives.

people who know how to manage, sustain, and develop excitement for what they do are able to achieve the joys that make life meaningful. discovering what excites you on a personal level is key to making good career choices, cultivating deep interpersonal relationships, and overcoming obstacles toward self-fulfillment. the good news is that you can consciously cultivate it.

so what is excitement and how does it affect people?

it might surprise you to find out that excitement and anxiety are actually very similar.

if you break them both down into their constituent parts, you’ll see that both excitement and anxiety evoke the same response in the body:

these are also identical to the stress response—a well-studied medical phenomenon associated with the release of epinephrine in the bloodstream. it is automatic, a fundamental part of being human that is hardwired into our bodies.

you can’t always stop stressful things from happening in life, and you can’t stop yourself from feeling the effects of stress. but you can change is how you respond to it when it happens.

in my opinion, the main difference between excitement, stress, and anxiety is how we perceive and define these physical and psychological effects. excitement is a positive state of mind, stress is a neutral one, and anxiety is a negative one.

the Stoic philosopher and Roman emperor Marcus Aurelius (author of Meditations) understood this truth almost two thousand years ago. although you can’t stop stressful events from happening, you can learn to modulate your response.

at first, it might seem like stress shouldn’t be a neutral response. most people see stress as an inherently bad thing. it isn’t. stress can be good or bad depending on the context and its interpretation.

imagine you are a student, cramming the night before a major exam. the knowledge that the exam’s results will have far-reaching consequences is not something you can simply ignore. your amygdala and hypothalamus are already in overdrive. your leg starts jumping up and down like a sewing machine needle the moment you sit down to start studying.

you choose—consciously or subconsciously—to respond in one of three broad ways, by:

it should be immediately obvious that the fear-and-anxiety response is a poor choice. it exaggerates the negative potential of unfamiliar situations. at best, it leads to a complacent life where risks are not taken. at worst, it leads to a neurotic life defined by disappointment and regret. despite this, it is a path that many people choose, because the fear of potential disappointment is a powerful hedge against taking risks that may lead to great rewards.

the second option is better, but to a limited degree. it provides some protection against disappointment, but only through a defense mechanism that reduces the joy that success may otherwise offer. interestingly, this is what Marcus Aurelius recommends we choose, but that doesn’t mean it is automatically correct.

the third option represents the greatest risk of disappointment, but also offers the greatest potential benefits. you might very well fail, but if you live in a state of authentic excitement about your goals, those failures won’t be the painful, showstopping obstacles they would otherwise be.

but choosing to jump into things with authentic excitement is more than a hedge against the potential disappointment of failure. in fact, it studies have shown that maintaining a sense of excitement can actually improve performance.

approaching challenges from a place of excitement helps to reduce the pain of potential failure. but what people ultimately want is to succeed at the things they propose to do—and excitement also helps with this.

Harvard University researchers have published several studies on the effects of excitement on performance anxiety. the team used a well-known psychological priming technique to determine whether excited people outperform calm ones when performing anxiety-causing tasks.

they had people deliver speeches, complete difficult math problems, and sing karaoke in front of large audiences. the researchers told the participants that their performance would be recorded and judged by a committee. they also connected them to equipment that measured their heart rate while performing the activities.

the group of people primed for excitement were, on average, more competent and more relaxed than the control group, who were  primed for calmness, anxiety, anger, or sadness, or not primed at all.

the biggest difference was in the karaoke scores, where being primed for excitement resulted in an average score of 80 percent, compared to 53 percent for the group primed for anxiety.

the higher scores weren’t isn’t because those people were better singers. they might not even have been genuinely excited about singing karaoke in front of everyone. the only thing they did differently was telling themselves they were excited right before doing it.

these studies demonstrate an important fact: you can consciously influence your subconscious state simply by telling yourself to feel a certain way.

excitement is an emotion, but it affects your entire body. it might feel like you’re lying to yourself—and maybe you are—to focus on excitement, but the act of doing so nudges you in the right direction, instead of pushing you deeper into the realm of stress and anxiety.

how to lead an exciting life

the problem with excitement is that it’s temporary. you might be able to use psychological priming to pump yourself up before a major challenge, but the feeling won’t last.

retail experts say that the feeling of excitement impulse shoppers feel usually fades within about twenty minutes. if you want to lead an exciting life, you need to be able to maintain an excited emotional state during episodes of uncertainty.

but how can you apply routine and consistency to something that is, by its nature, the opposite of routine? as with many of life’s many success hacks, the secret lies in changing your perspective.

the single most important factor contributing to the regular experience of excitement is progress. people who deepen their relationships, advance their careers, or improve their creative output feel more excited more often than people who don’t.

you might say it’s the other way around—that people who are excited about things tend to dedicate themselves toward progress in those areas. and you’d be right. but we already know that you can improve your performance by psychologically priming yourself with an excitement-oriented perspective.

looking at challenges as opportunities worth getting excited about leads to achieving progress that actually delivers on excitement’s promise.

for excitement to become a regular part of your life, you must reinforce it. this means setting small, manageable goals and achieving them.

since we know that excitement doesn’t last long, it doesn’t make sense to prime yourself for excitement toward large, far-off goals. earning a coveted award or getting promoted at work are excellent, legitimately exciting goals, but they don’t happen often.

instead, look to the small things you can achieve every single day. give yourself small, manageable goals to meet on a daily or weekly basis, you will be able to capitalize on the excitement of achieving both your modest short-term goals and your major long-term ones.

plan your day around the achievements you can realize in 24 hours, and commit to them. think exercising. if you wanted to start an exercise routine, you could jump straight in and get to the gym every day for 1 hour. though if that were your approach, i imagine you’d burn out fairly quickly! Instead, start with a 20- or 30-minute workout and slowly build up. create small wins and let those efforts snowball. by focusing on realistic actions  you can actually do, rather than the external validation you expect to get from doing them, you will position yourself for success in everything you attempt.